Today everybody knows a girl named Siri and her besties Alexa, Cortana, and Google Assistant. These artificial intelligence pals have been hanging out in our houses, cars, and phones. The voice assistants are taking the world by storm and there’s nothing we can do but join the party. The generation raised by their side, ‘The Siri gen’, is our future, and voice assistants are not a new thing for them, but an essential. So, the question ‘How to make an app like Siri’ is everybody’s pain today.

Now, I’ll guide you into the future and explain everything you need to know about voice assistants and the ways to make one for your mobile app. Use the plan below to skip to a question of your interest:

Long before Siri got acquired by Apple, it had been a third-party app created by Siri, Inc. that was available for the download on the App Store. It had basic Siri’s features we know today. The world met that Siri on October 14, 2011, when it appeared as the iPhone 4S feature.

The Siri personal AI assistant we know today is way smarter and more convenient. And let’s be honest, everybody knows that name.

Why is Siri so famous?

Here are a few reasons why Siri is so popular:

What Siri can do 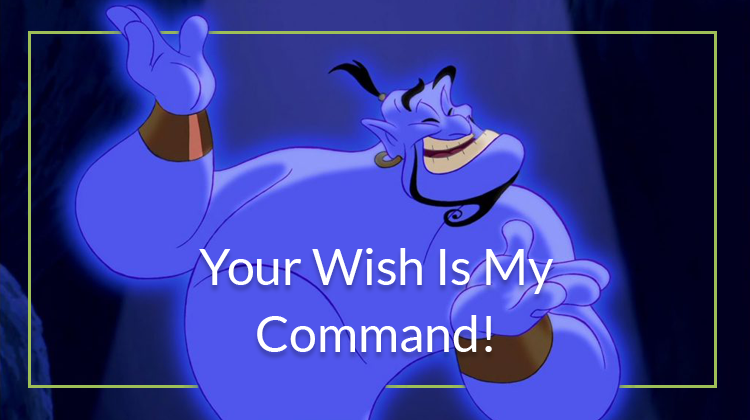 Siri can do so many things it would take a while listing them all, so we provide you with a quick overview of Siri feature list:

Although Apple stays quiet about the specifics, the Siri business model canvas looks pretty much like this: 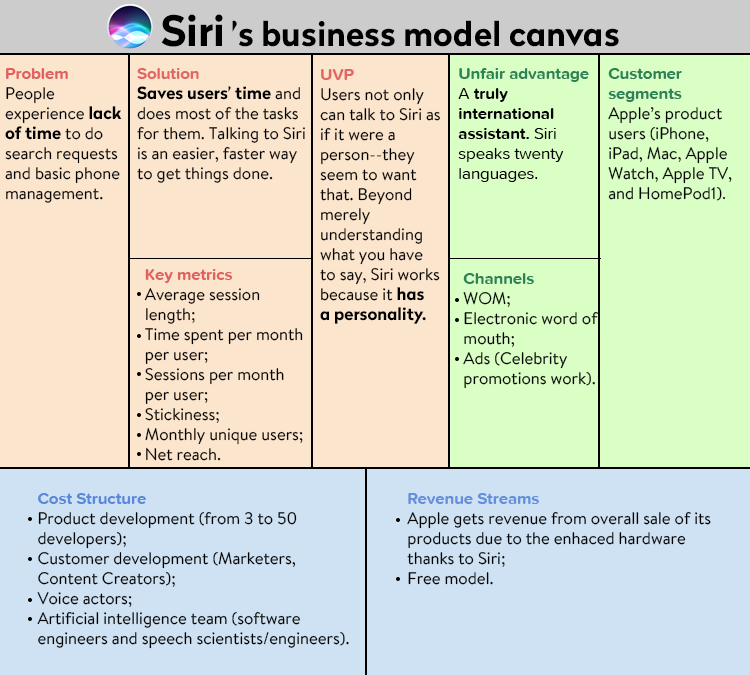 Voice assistants consist of pretty much the same set of technologies. So what gets machines running?

Voice assistants can be a stand-alone application or can be included in a mobile app. So, how to make Siri? How to make your own artificial intelligence?

To create a Siri-like app and voice assistant, you can use three methods, for better understanding let’s call them junior, middle and senior. 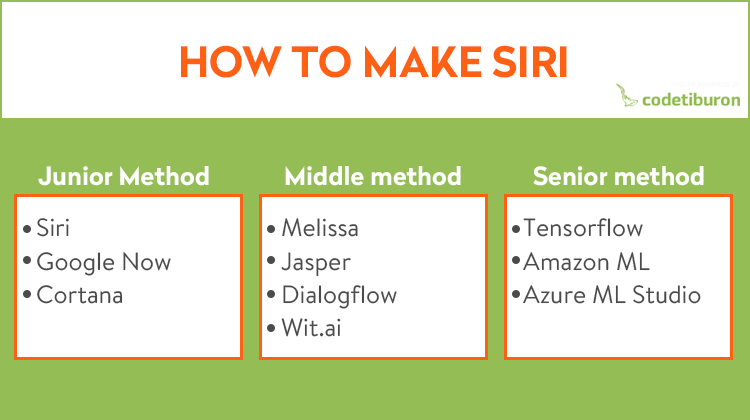 Mobile AI app development is hard, and the junior method makes it easier. The Junior method is based on the integration of trusted technologies from the leading companies. To give you an example, we will use three most popular voice assistants like Siri, Google Now, and Cortana.

How to integrate Siri into a mobile app

If you have been considering voice assistant integration into your mobile app, you’ve probably noticed that Siri had been unavailable for third-party apps. But, everything changed in 2016, when iOS 10 was released at the WWDC and Siri integration can take place in a few arias, so you can use Siri if you’re planning to develop an app that falls under one of these categories:

So how to make your own Siri?

To integrate Siri into your app, you’ll need Apple’s SiriKit. The SDK has two types of mobile app extensions:

SiriKit defines intents as types of request that a user can make. To clarify the types of intents you might want to use in your app, related intents are grouped into domains. For example, if a user wants to make a reminder, the domain can contain an intent for creating a timer, opening and checking a calendar.

So this is how Siri-integrated mobile app works. A user sends a voice request, the system defines the intents’ characteristics and sends it to the Intents App Extension, it processes the received data, if needed, uses your app’s services and then shows the result to the user. 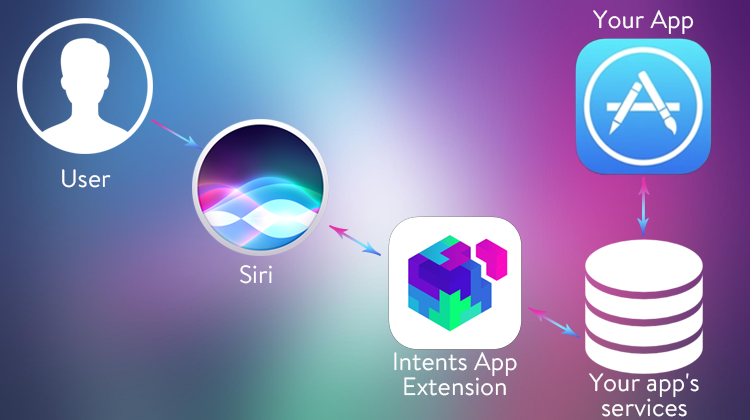 How to make a Cortana-based mobile application

Microsoft is happy to let you integrate Cortana voice assistant in your mobile app or desktop app. Users can even use voice control without directly calling Cortana. The Cortana Dev Center provides you with detailed information on the using Cortana’s skill in your mobile app and integrating the app name into a voice command.

You can integrate the app’s name into a voice command using these three ways:

There are two types of regimes you can activate in Cortana for your mobile app: the background for apps with simple commands, and the foreground for more complex commands that require specification of parameters. 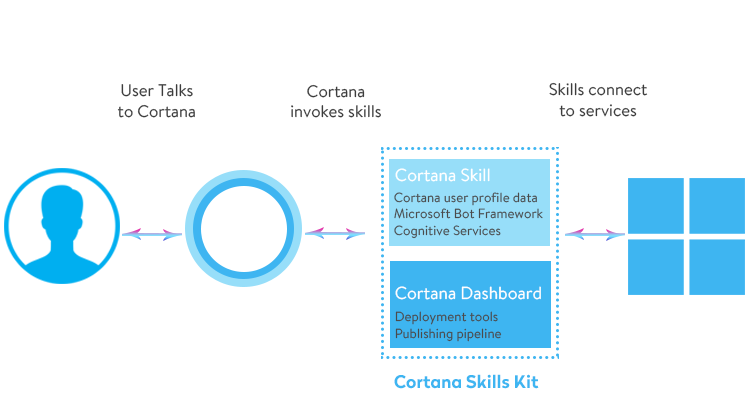 Well, Google has its perks for developers, for example, it doesn’t have a strict requirement for design and the approvement period in the Play market is reasonably shorter and easier than in the Apple Store.

The thing is that for the voice assistant integration Google stays cautious too. Today only selected apps like eBay, Lyft, and Airbnb can use Google assistant. But keep your chin up! There is still a chance for you. Integrate a Now Assistant into your mobile app. Google Now is an artificial intelligence assistant that can not only understand requests and give an answer but also learn, analyze, and conclude.To integrate it into your mobile app, you’ll need to register the app with Google.

There is another Google technology that is open for integration with the third-party apps via Voice Actions API. Voice Actions is a narrowed concept of Google assistant that based on the speech recognition and information search.

Voice Actions API has a detailed guide for developers that teaches them how to integrate voice ai mechanism in mobile apps and even wearable apps.

When building your artificial intelligence apps with voice assistant you might need external open source solutions. This method is suited for developers who are familiar with machine learning. How to make simple ai app? So here are some tools that come in handy when creating a voice assistant AI apps, mobile and web services are included:

This method is for hardcore developers who have experience in developing machine learning applications from scratch. Independent voice activated app development can become easier if you use services that provide high-powered and efficient computing resources.

TensorFlow is an open source software library for numerical computation using data flow graphs. Thanks to its flexible architecture, you can deploy computation to multiple CPUs or GPUs on a desktop, server, or mobile device with a single API.

TensorFlow was involved in the building of multiple Google’s products like speech recognition, Gmail, Google Photos, and Search.

Azure ML Studio is a Microsoft product that gives its users the opportunity to create and train models, which then can be made into APIs. One user’s account gets up to 10GB of storage for model data. For bigger models, it is possible to connect your own Azure storage to the service.

With Azure, you get a wide range of algorithms. If you want to just try it and experience the way it works, you can use the service anonymously without creating an account up to eight hours.

When thinking about how to create your own virtual assistant, research the existing platforms. Today there are all kinds of different platforms and services for creating an AI personal assistant. So, make the list of all the features you need and research existing platforms, then consider all ups and downs and choose the right one for your mobile application.

Keep the end user in mind

When developing a virtual assistant app, you should always think about the end users, who they are, how old they are, and what tasks they want your assistant to complete. With these questions in mind, develop the right voice tone, language, and tasks that your AI personal assistant apps can do to make the end user’s life easier.

For AI personal assistant app, an always-on interface saves time and limits unnecessary clicks. So the user can call a voice assistant any time without making any extra efforts.

In the end, it is the user who decides to continue to use your app or not, so the way to make them stay is to form a personal attachment to your app. Give your voice assistant a personality that your end users will like.

Artificial intelligence in mobile applications is a big trend today and everyone wants to take a bite of this delicious pie and a voice assistant is just one way of doing it. Now you know your strategy for building apps like Siri. But making a copy is easy. The tough part is figuring out how your voice assistant is going to stand out among others. Make it better with CodeTiburon.

Wow, this is a great article, I have more on this topic – “Swift vs Objective-C. Which iOS Language to Choose?”