Nowadays new products are appearing in the business of electronic devices and IT technologies with an amazing speed and frequency, progress does not stop and it is not far off when innovative devices of imagination, will become part of everyday life. The following adjacent interconnected technologies are already becoming insanely popular: Virtual reality (VR), Augmented Reality (AR), and Mixed reality (MR). The two distinctive characteristics of those three “realities” are how deep is the feeling of immersion in the virtual place and a unique way of interaction with it.

In a nutshell, the difference between the three ‘realities’ is this: 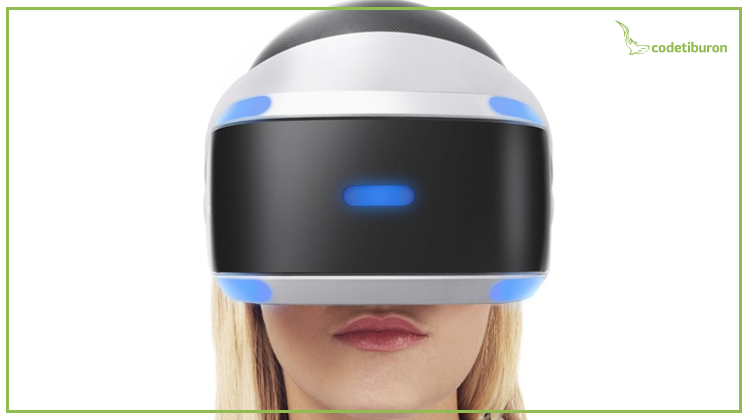 Let’s take a closer look at virtual reality? It is a three-dimensional computer-simulated environment that mimics physical presence in a real world. It can model objects, calculate the real environment, place users into the virtual world created by the information system. VR needs a stereoscopic Head Mounted Display (HMD) to work, it replaces the real life.

Depending on the levels of immersion and cases of technology use, virtual reality falls into three categories: 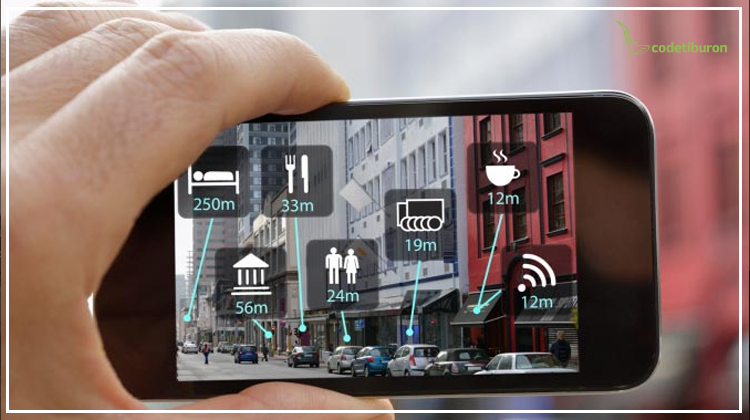 Augmented reality can be described as an additional layer to our reality. It does not replace the real world, it just adds something, you can still see or hear the environment around you, whereas VR completely puts you in a different reality with total immersion.

AR can’t change people’s imagination of the world and its representation, but complements the real world with artificial objects and new information.

There are various types of AR. The key differences between them are the objectives and use of applications. Here are some types of augmented reality: 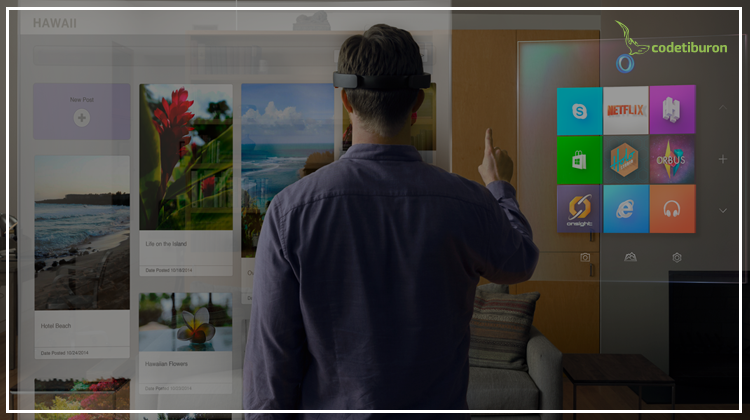 Of all the three ‘realities’, this one is the least known, but ironically, perhaps, has the easiest path to consumers. The easiest way to explain MR is to say it combines the best aspects of VR and AR.

MR mixes with virtuality, adds believable virtual elements to the world. The aim of MR is to unite the best characteristic of virtual reality and AR. So mixed reality can include augmented reality, augmented virtuality, and other mixed alliances. MR anchors apparently solid virtual objects in a user’s real world. Therefore, they appear real to the user.

Here are types of mixed reality:

How are ‘reality’ technologies used today

‘Reality’ technologies in e-learning programs and applications provide interactive experiential learning and bring remote learning to the next level. They are widely utilized for training aviation, engineering, geography, and biology students.

Here are some examples of applications that use VR in e-learning:

VR and AR technologies have a great impact on real estate industry. With their help, people can inspect property without actually being present physically. These technologies are changing people’s experience of home buying, building and selling.

VR headsets allow potential buyers to tour properties from anywhere in the world, they also can include functionality that allow them to open doors, explore property amenities, and rearrange furniture.

Travel & Hospitality industry takes you ‘virtually’ everywhere in an instant

‘Reality’ technologies in a travel industry can give people a realistic preview of their destination and form their expectations. VR applications can improve people’s experience with hotels, airlines and museums.

Here are some examples of VR use in the travel industry:

VR and AR technologies open new opportunities and varieties of entertainment. When people think about virtual reality, they instantly imagine video games. However, these technologies go further than that.

Here are some examples of VR entertainment:

Reality technologies are going to change the way business runs. Here are some examples of how reality applications are used in businesses:

A taste of the future

WebVR is a new experimental web browser feature being worked on by several leading browser companies including Mozilla, Google and Microsoft. All of them working on how VR can be integrated into the web browser experience.

Let’s dive into an actual working feature. For example, Mozilla’s A-Frame is basically an open-source framework for allowing web designers to include web virtual reality elements within HTML. What A-Frame does is allow people who aren’t that skilled in creating complex web 3D elements in virtual reality to insert those elements with simple HTML code. Therefore, they could build a simple virtual reality web-browsing experience with just HTML. After creating 3D elements, people can view their work by opening the two screens regime on their phone through mobile browser and use Google Cardboard or other VR headsets.

Both WebVR and A-Frame are designed to simplify the development of virtual reality applications for the Web. In an extensive tutorial, Kevin Ngo shows how to create a Roomscale-WebVR-Minecraft-demo with A-Frame and only eleven HTML elements, which will then be shown with the HTC Vive, the Oculus Rift, the Samsung Gear VR and the Google Cardboard and mobile.

What can this technology bring to the future of the web? There is a great platform now that will soon allow us to see websites in 3D. It can also be a start of new devices, which will provide access to websites in VR. So maybe with this technology, websites of the future will become a 3D environment.

What can AR do for Industrial Enterprise? Michael Campbell, Executive Vice President ThingWorx Products in the Technology Platforms Group (TPG) at PTC, has recently demonstrated how ThingWorx Studio can transform applications into immersive experiences that enable users to better create, service, and operate products in the smart, connected world through augmented reality.

He explained how AR can be a big help in Industrial Enterprise. For example, a lab technician uses a blood analyzer machine, but the machine stops working. So instead of calling a service technician, he uses a pad that can guide him through the fixing procedure. AR technology is used to show the exact steps of a procedure, it highlights the necessary parts of the machine a user has to interact with. It also shows how the interaction is supposed to happen.

James Heppelmann, President and CEO of PTC, has recently stressed the importance of Internet of Things (IoT) and Augmented Reality (AR) converging.

He speculated on how to get rid of the gap between physical and digital world. For example, a smart tennis racquet, which has sensors, accelerometers, and gyroscope, is part of IoT and the only access to its data is through the app. Therefore, this device exists in two of these separate worlds. In order to bridge them, it is necessary to bring AR in the equation. AR can help visualize data from the smart devices with the use of headsets and special glasses. Another example is using an AR headset in the car to make navigation easier.

Experts’ take on the future of augmented, virtual, and mixed reality

It’s still open to debate how reality technologies are going to be used in the future and which is going to be more popular. But most experts are unanimous about these.

Invest in your ‘reality’ wisely

The most popular opinion is that VR is for entertainment only. For example, Tomi T Ahonen, author of 13 books and consultant in tech focusing on mobile, refers to VR as a gaming platform. VR will have some specialized uses but only AR is a mass market. So his suggestion is that brands outside of gaming and some experience brands should do AR, not VR.

Joel Comm, New York Times best-selling author, social influencer, keynote speaker and futurist, predicts that VR will become more affordable for consumers by late 2017, while AR will take on a larger role in real-world applications such as medicine and construction/interior design.

Jonahkai Hancock, a Director of marketing at TUNE, also shares this opinion: “I think some of the augmented reality is more likely to happen, although full-on virtual reality will have some amazing applications in fields such as medicine, training, etc.” With the growth of mobile devices, mixed and augmented realities are going to be the best surefire bets in the coming year.

So much for VR and AR. But how does MR fit in this equation? Tamara McCleary, Thulium CEO, thinks MR is opening an opportunity to show versus tell that the customers and brands poised to harness MR are positioning themselves for the next big disruption.

Albert Einstein Renshaw, PhD, supports this view: everyone should abandon virtual reality and only focus on mixed reality.

Does that mean all the experts are optimistic about the future of ‘realities’ technologies?

Another popular opinion is ‘don’t rush it!’.

Director of social and evolving media for business wire, Serena Ehrlich, has a good reason. These tools are still in beta and many consumers are not embracing the technology as they should. She encourages to use these tools in 2017 only if they can directly tie your consumer closer to your business goals. Otherwise wait for at least another year before diving in.

Aaron Strout, CMO of W2O Group, also thinks not every company rushing to have some use of AR, VR or MR in their product will benefit, most will execute these technologies poorly thus running the risk of turning off consumers en masse.

Todd Haselton, Executive Editor of TechnoBuffalo, suggests that everyone should take time to do it right, because first impressions really matter. Moreover, poorly made VR can make you feel sick and AR can feel cluttered.

Therefore, businesses had better think through their business plans, try to incorporate reality technologies wisely, and take time to make them good.

Although still nascent, ‘realities’ technology doesn’t seem like a fad. It’s still up in the air how hard it can disrupt our future. It’s clear, though, its evolution will change our life as we know it. By keeping informed, you’ll know when to bring the future to your business.