There is no doubt that finding a superb developer is vital. Life instantly gets easier when the people developing your mobile app know their stuff from A to Z. Therefore if you are on the hunt for a React Native developer, you can’t just go with the first run-of-the-mill programmer. You need a pro!

So, if this question keeps you from sleeping at night, I have a cure for your insomnia.

This article will shed the light on the problem of hiring a good developer for a project and will help you build up your React Native dream team.

What is React Native, anyway

A few facts in case React Native is a new term in your lexicon.

React Native was created by Facebook and today is common among such giants as Tesla and Walmart. React Native gives you an opportunity to build mobile apps that are going to be cross-platform. It uses JavaScript and React library.

Why are companies heading towards React Native technologies these days?

The answer is quite simple. It will save you time spent on development, it’s cost-efficient, and it provides you with a set of ready-to-use components. Doesn’t it sound tempting?

So here we are, we have chosen the technology that is best suited for our mobile app. But what is next? Now, we need to hire the people, a team of React Native geniuses.

Although RN development can be over-hyped at times, there are many advantages:

Everyone who has ever tried to hire a React Native developer knows it’s tricky. The reason is everyone needs JavaScript. Technologies like React, Node.js, Electron, and React Native are popular with companies big and small worldwide.

With its crazy popularity today, React Native faces the problem of the relatively youthful framework. The JS-related frameworks are fairly new and there aren’t enough experts who have used them for production-ready apps on a bigger scale.

Who are you, React Native developer 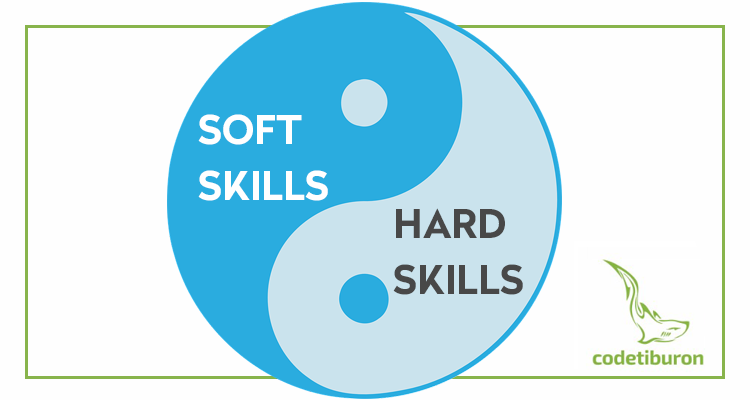 When hiring a React Native developer the first thing you should be familiar with is a set of skills he or she has to have. When interviewing a candidate, companies usually pay attention to their technical knowledge and personal qualities.

Now, let’s find out which skills are vital in order to succeed as an RN developer.

How to differentiate a real React Native genius from a pro pretender? Here’s the expertise a proper React Native developer should have.

Profound knowledge of JavaScript is essential for a React Native developer. The JavaScript competence comes in handy for making components, building apps’ logic and services, and for the flow understanding. Basically, if a candidate is a JavaScript professional, your React Native mobile app is safe and sound.

Native is based on JavaScript. Wonder why would a React Native developer need knowledge in iOs and Android development? Well, here’s why. Sometimes requirements have it that React Native is not enough and developers need to use Java, Swift, and Objective-C for accessing the deeper levels of phones’ functionality.

a good React Native developer should have at least basic knowledge of Java, Swift, and Objective-C.

Mobile app developers usually use APIs. With the current popularity of artificial intelligence and machine learning, everyone wants an AI application, and that requires API implementation.

So a React Native developer should be experienced in the APIs implementations to deliver the best performance.

Let’s be honest here, nobody wants to spend time figuring out someone else’s code when it looks like messy wires. A professional developer would never produce a code that is cluttered and untidy. Besides, if the code is readable and consistent it makes developing and maintaining the app much easier.

To keep their code clean developers usually follow the rules in the style guides like the Airbnb JS Style Guide or the Google JS Style Guide.

It is preferable for a React Native developer to be familiar with the following tools and technologies:

That said, you’ll soon learn an ideal developer doesn’t exist. You’ll pretty much have to deal with what’s on the market. A React Native developer’s salary will depend on their hard skills just as much as soft skills.

Developing a mobile application is a dedicated and gruesome job that is usually done in a team. Communication helps to avoid misunderstandings, costly frustration and keeps developing on the proper time schedule. That makes good communication skills a must.

If a developer you are working with isn’t open-minded, it could become a problem. In the development process, there are situations when new ideas and solutions come up and your developers should be ready to jump on a train of change and innovation. Of course, having their own opinions is a good thing, but letting it get in the way of a working process is where you should draw a line.

The world of technology is evolving super fast and developers should stay on top of their game and be ready to learn new concepts as they come up. Today’s business rule is “Evolve or die”, but it’s not just about businesses, it concerns developers too. A specialist who uses out-of-date technologies is no longer a professional. With that being said, keep in mind, when interviewing a candidate, that s/he should be willing to learn.

The last problem to focus on is the adaptability of React Native developers. Keeping up with the innovations is mandatory, especially when React Native evolves and releases new components almost weekly. Therefore, your development team should be on the hunt for new technologies.

Everybody makes mistakes, even the brightest minds of the React Native community. But it’s the way they are handling problems is that makes them pros. Rocks down the road come, whether you like it or not, small or big ones, but they will come, and the way a developer reacts to those impacts the project in general.

During the development process, there are certain stages of a project when you need feedback. And what you want here is constructive feedback. All of the suggestions and criticism are supposed to be backed up by facts, not emotions or personal differences.

How to hire React Native developers

Never underrate your own connections. What if your friends or coworkers know a perfect candidate for this job? And can suggest you a candidate with needed skills and knowledge.

But here’s a catch, consider only those developers who your friends worked with in the past. Don’t rely on the assumptions, what you need is facts.

When you hire someone from your personal network, you minimize the risk, but it might just happen that you won’t be able to find React Native developers within your circle.

Next, you might consider going for freelance developers or react native app development companies. Finding and hiring React Native developers for your specific needs can be a really challenging task. So next we’ll give a few tips on that matter.

It’s better to go with a React Native development company despite the cost. You can hire a freelance developer if you need a small team for a project that doesn’t require any advanced features.

So in the end, mobile development companies are a better choice because it is safer and more cost-effective. 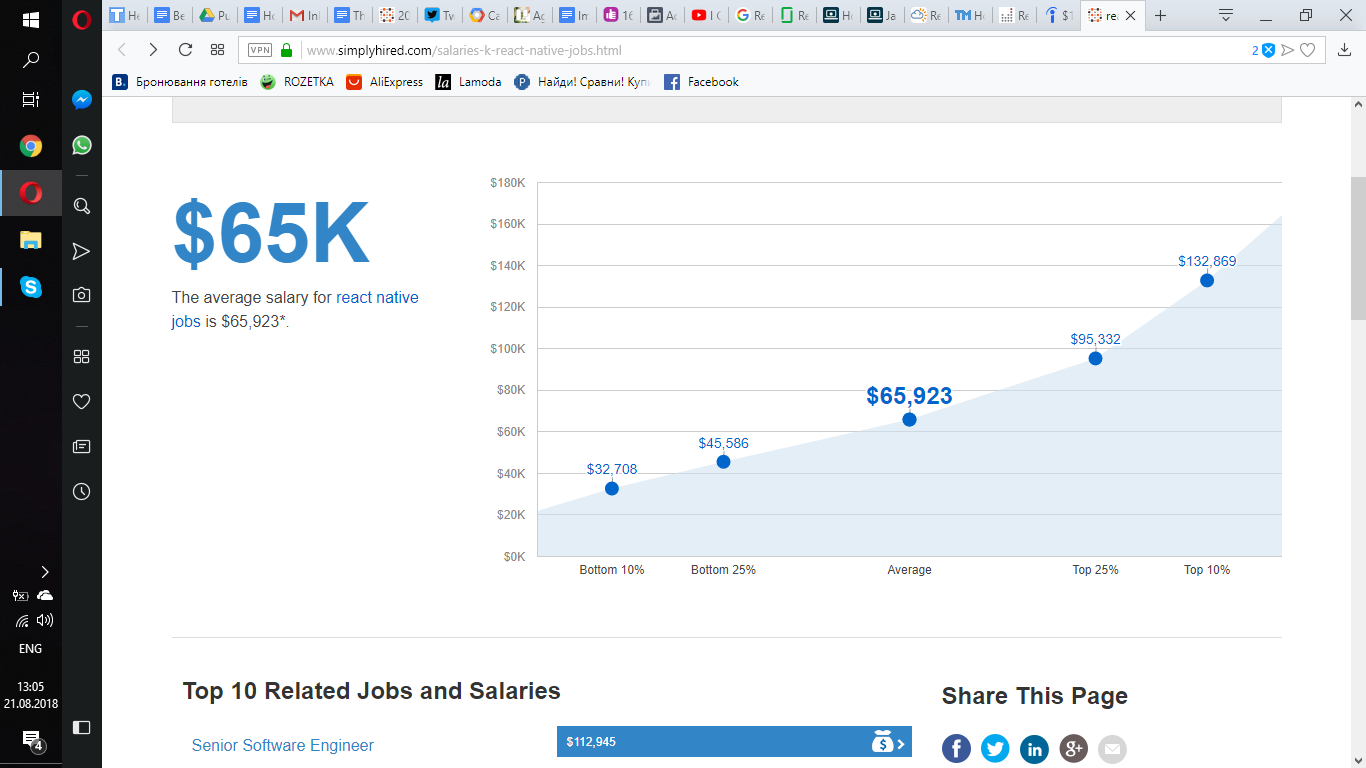 Now here’s the React Native developers’ salary based on location.

When in doubt, bet on experience

Hiring good React Native developers is tough work to do, especially for people who are far from the development process.

In this case, you can play safe and hire a ready-made team of developers and not worry about building a team yourself. A kind of team with hands-on experience, the members of which work efficiently together and with the clients. Hiring the best React Native developers is a hard and time-consuming process. So if you have an idea for a mobile app, and your mind is set on React Native, we can help you. And, as with anything else, we can make it better.

Hello, Julia Matyunina!! Thanks for sharing the nice blog post for React Native. But, I think this is among the most important information for me. And i am glad reading your article. But should remark on some general things, The web site style is great, the articles is really excellent : D. Good job, cheers.

Vote Up0Vote Down
Follow CodeTiburon
Get stories to your e-mail every month
Also Read Related Articles
6820
4.70/5
3
9 minutes
Agile or Waterfall: Choose the Right Approach to Your Software Project Management
784
4.79/5
3
7 minutes
Dedicated Development Team: Give a Boost to Your Business
5053
4.50/5
13 minutes
DevOps as a Service or Do You Really Need a DevOps Team
561
4.45/5
13 minutes
DevOps vs Agile: Comparing the Incomparable
283
4.70/5
4
7 minutes
How to Hire Software Developers: Tips, Tricks, and Real-Life Cases
Terms of service Privacy policy
© CodeTiburon 2023.
Subscribe to Our Newsletter
Follow Us on LinkedIn Like Us on Facebook Follow Us on Twitter