The ideas of virtual reality implementation mature together with the technology. The future of enterprise mobile applications is inseparable from VR and AR technologies. And businesses have been quick to see the real value both realities add. Just imagine: virtual reality gives companies a chance to showcase their products in virtual showrooms with little need for space. VR attracts customers’ attention and provides them with remarkable interactive experience. 3D experience of the products increases customers’ satisfaction and loyalty.

However, it’s common knowledge that content is king. And the idea of creating content for reality apps may seem overwhelming. But have no fear! We’ll teach you the life hacks of making your VR app users go WOW. Here goes…

Use the plan to jump to a topic of your choice:

You can create content for virtual reality in two ways: a 360-degree video or a 3D animation or construction. 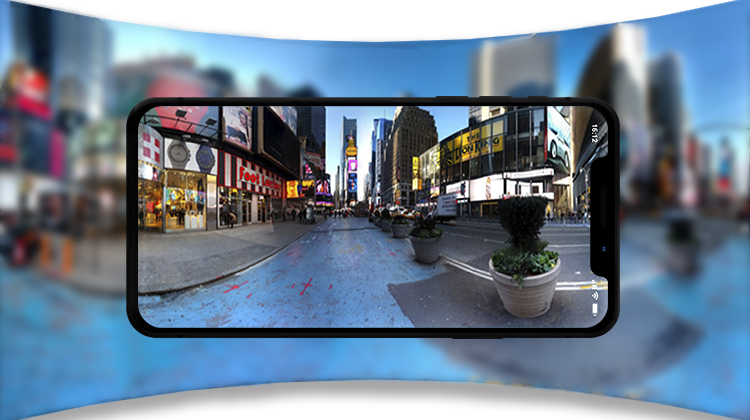 The use of a 360-degree video is probably the cheapest way to create content for a VR app. This way is useful if you want to capture real-life video footage. Use a 360-degree spherical camera. To capture the highest possible quality of video, use 360Heroes and RICOH THETA.

Remember, however, that the camera should remain still during the filming process, otherwise it can cause motion sickness to the user. If you need to move the camera in the process, be sure that it maintains even movements!

Depending on what type of video you want to achieve, there are a few ways of filming, like camera placed on a drone, on a tripod, on a cameraman, etc.

Note that if you are using equipment, it will be visible in the footage. But, don’t worry you can hide it by editing the video afterward. For example, you can use VideoStitch a VR video editing tool.

Pay attention to the placement of the camera because it is very important in storytelling. When you are capturing the scene, you need to do it from the point of view of the person wearing the VR headset. Think if your users are going to be participants or observers. It will determine where the camera should be placed. Remember to put the camera in the center of the action or around it. It would provide the user with an immersive experience, which allows them to explore the scene from any direction.

After the video is captured, synchronize it, stitch together, and process before integrating into a VR headset.

For example, Matterport not only made it simple to capture real-life spaces in 3D but also easy to access them through the virtual reality app. They presented a virtual scanning device that lowers the cost of a three-dimensional construction. The unit from Matterport lets you tour the space from your mobile device or VR headset.

Want to create virtual reality video that will succeed? In the 360-degree video production, it’s important to use special tricks that make a VR experience way more exciting. Try to incorporate at least one of these in every clip.

When making a 360-degree video try to use different shooting techniques. The one that instantly comes to mind is an acceleration of the camera movement. It is the method for creating cool and spectacular videos. And as always the secret to doing it perfectly is knowing your limits. So just keep the speed and acceleration time to the reasonable limits, because no one wants to see the ‘fast and furious’ camera all the time.

Reach out and touch

‘Reach out and touch’ is a technique for teasing your users. The principle is really simple, get the object very close to them urging to touch it. They will obviously try to touch it and won’t be disappointed even after failing to grab a nonexistent thing. To be quite honest, users find this kind of mind games real fun. When doing this ‘reach-out-and-touch’ trick, you might need the stereoscopic technology, but it can also be made with the monoscopic one.

The element of surprise always brings a taste of excitement and heighten the overall experience. And it is no exception for VR. Surprise, make people wonder or even scare them to get emotions. But be careful not to cross the line with the scary techniques, the overdose can lead to a negative user experience. If you decided to go for the scare, remember that the presence of the unknown frightens more than mindless jump scares with extreme voiceover.

Devise a 3D animation for a VR app 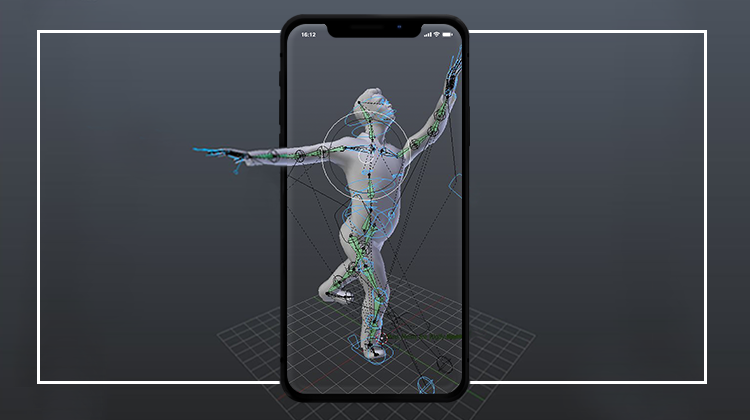 If you want to show something you can’t capture in the real world, make a 3D animation. With a 3D animation for VR, a user can freely look about the space s/he is in . While a 360-degree video fixates a user at one place, and all s/he can do is look around by pivoting on the same spot, a 3D animation gives users an opportunity to move around within the virtual world with just a click on a button. It also allows users to lean forward and try to get a closer look at things, so it resembles real life more.

One easy way to create a 3D model is to use the Structure Sensor. It is a camera that can be stuck onto a tablet. It operates as a 3D scanner, it means that it can capture an object from the real world, like rooms, furniture, and people, and create its 3D model. The Structure Sensor can run on any tablet.

You can also create a 3D VR experience with the help of game engines like Unity or Unreal Engine. These engines are widely used in game development but can create VR applications as well. It is possible to use them for interior designs or any other 3D construction. Unity and Unreal Engine are the most popular engines. They have an enormous amount of tutorials on their sites, so it would be easier for developers to commit to their technology. For example, this tutorial gives you an idea of how to make a Google Cardboard virtual reality app by using the Unity technology.

For example, Unimersiv is a startup company has released a VR educational app. It provides users with three new experiences each month. For example, traveling to the insides of a human body, Stonehenge or the International Space Station. The so-called travel is accompanied with educational content: narrations, pop-up texts, and images.

An easy way of building a VR app for non-developers

If you think that creating an app is a challenging task for a non-developer, you haven’t researched the topic deep enough. You’re not alone wondering, ‘Can I create a VR app without any programming skills?’ And the answer is YES! The platforms that allow you to develop a VR app code-free are as user-friendly as can be.

For example, The ENTiTi Creator platform is the first of its kind to provide the development of interactive and immersive VR and AR content. It uses a drag-and-drop interface and cloud-based system to allow all businesses to publish content for leading smartphones and VR/AR devices hassle-free. The created content is quick and easy to update at any time anywhere.

If you want to play big, you can use game engines of your choice that also work well with creating interior designs and other non-gaming 3D constructions.

Two of the most popular gaming engines nowadays are Unity and Unreal. Let’s dive into specifics and find out what the differences and similarities between these engines are. Which one is better for your creative business ideas?

Unity is one of the most popular development tools today. It was brought to the market in 2005 by Unity Technologies. It provides great support for the development of both 2D and 3D content. Another awesome thing about Unity is that it supports three development languages: C#, UnityScript, and Boo. There are two versions available today – the free one and the pro one. The free version supports Mac OS X, Android, iOS, Windows and all the other mobile platforms. The Pro version supports Nintendo Wii, Xbox 360 and PlayStation.

Unreal is a gaming engine created by Epic Games. It supports only the C++ development language. Blueprint visual scripting system, Matinee timeline-based machine, Persona animation system and the cinematic system as well – all of these are presented in this technology. It includes a regular update mechanism that provides consistent care and the answer to all of the issues possible.

Let’s find out which engine is better for you.

Both Unity and Unreal Engine are great development tools, but they both come with strengths and weaknesses. Unity is a better option for beginners. But if you are a full-fledged professional, a better choice is Unreal, it is a purely professional’s tool.

Unity is an option for those companies who develop for mobile on a shoestring budget (read startups). Unreal asks for a larger budget.

Now when your virtual reality app is created, analytics are your all. Need special tools or platforms facilitate quality content creation? Try Retinad, a platform for virtual reality analytics. It can help you understand your user, the performance of your content across platforms, track device types, location and hardware, measure powerful engagement scores and track boredom, test your content’s viewability and know which area is the most valuable and more.

More on the VR and AR technologies for business:

Creating viral content for your virtual reality app doesn’t have to cost an arm and a leg. Even non-developers can enjoy devising something of taste to impress their audience. There are tools up for grabs for everyone and ideas to make your business shine with new colors. Be kind to your customers and make them go Wow.